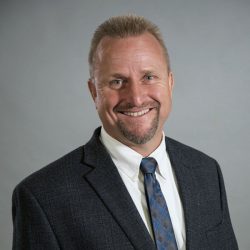 This is the 1st time I have sat down and thought about why I do what I do and thinking back to a very young age.

The fact is that even as a young boy I loved working in the family garden when we lived in Atlanta Georgia. I worked with my parents picking peas, beans, corn, pulling the weeds etc. This coupled with the fact that every morning I saw my Dad wake up and put on a suit and tie which now I call the “Money suit” even though I enjoy dressing up at times as I have grown older.

This love for the outdoors, growing plants and not having to wear a suit in the summers was deepen when I would go to Texas to my grandparents’ home town. I was very lucky and blessed all my grandparents lived in the same town. I was also blessed that both of my grandfathers had served in World war II and come home to have my parents. So, I could visit them in the summer months when school was out and they both have cattle farms, horses and businesses of sort that I helped with. So, when I was ten years old I learned how to drive the tractors and haul hay. It was awesome because they no longer had the square bails that I could not lift. I was learned how to drive the tractor after much persuasion on my part to my Mom’s dad. After this I learned from my Dad’s Dad how to run and drive a backhoe as he had a business hauling dirt and digging septic lines for new homes in Northeast Texas.

As I grew older my parents continued to move every 3 to 4 years for job promotions and I was exposed to many areas of the US. We lived in Georgia, Tennessee, California, Virginia and Oklahoma. Every state I found had its own beauty and continued to love gardening, the outdoors, running equipment and learning new ways to get the project done.

It was when we moved from California back to Virginia and I was in High School that I started my endeavors in Landscape, cutting fire wood and selling it to people to burn in the cold Virginia winters. I had ambitions in high school. I wanted to have my own car so I could take girls out on dates. As soon as I got the car I realized through my parents telling my they would help and I had to pay my way. Soon after I got the car I also came to the realization that I had to have a truck to make this work. So, I purchased my 1st work truck. It was a black 1976 Ford F250. This truck helped me with everything I did from a Junior in high school until second year in college. I cut countless cords of firewood after school and weekend to sell to the public. I also mowed lawns every week for customers as well.

I was attending VCU Virginia Commonwealth University and working on getting my degree in Business administration. This is when my parents moved to Oklahoma and sold their house in Virginia. I rented and moved into a basement apartment and attended school and ran my business from a rented storage unit. After about a year of living in the basement I found that I was failing out of school and I could not get myself up and motivated to get everything accomplished. That is when I was doing an odd job, I was digging out the foundation of a house in the old part Richmond Virginia. The lady I was working for told me about the harmful effort of molds and I was probably suffering from mold related fatigue, and poisoning. I went and discussed what I was doing with an old guidance counselor and how to get out of the basement and change what I was doing with my life. Through that he suggested that I consider the what I loved doing. I was not sure what he was asking me at 1st. I realized that I could go get a degree in Horticulture and work outside and with plants. I moved from the basement apartment and continued to consider options as I ran Thompson’s lawn care. I made the decision to move to Oklahoma and get my college degree in Horticulture. I had to get something done 1st. I had to sell my current customer and get them taken care of and I had to pay for all the equipment I had purchased. I also had to cut my moving costs by selling all me equipment.

I found a buyer and went to work for him while I could research schools and horticulture programs. I moved to Oklahoma in 1992 and attend Oklahoma State University. Then I went to work for the best and biggest wholesale plant nursery east of the Mississippi. Or in the nation except for California. During this time, I worked on my MBA at North Eastern University in Tahlequah Oklahoma before moving to California.

In 1999, I may another clear and direct decision to move to California and I worked for Village Nurseries as the production manager. Continuing my hunger and thirst for knowledge worked for a small nursery that offered me ownership in the company. This did not last long and I moved on to another landscape company as the GM.

I can’t give one thing that would define how I got to where I am today other that these things have added up to make me the person I am and how I operate. As many people know 2008 was the worst financial meltdown we in the US have had since the great depression in 1929. Everyone was faced with pay cuts downsizing and many people lost their jobs, houses, marriages and such.

As I was faced with these scary and fearful times I made another decision in January 2008 that I was going to prepare for the worse and get my landscape contractor license in California. I already had my concrete contractor license. In April 2008, I incorporated ELS Investments Dba Environmental Landscape Solutions and started my journey down the business road. There have been many, many, many people that have supported, coached, helped and given me advise along the way.

Even though my roll has changed dramatically in the last 10 years, I still love to play in the dirt and I enjoy operating equipment from time to time. I really love watching and helping people professional and personally.